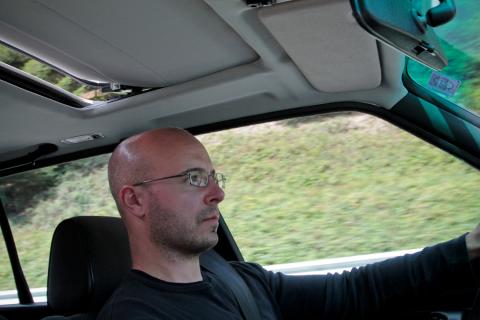 My name is Alex Zorko and i'm from a small European country called Slovenia. I live in the city of Maribor and have been using lego for as long as i can remember. My primary job is designing websites (like this one) and repairing computers. In my spare time i like wrenching on old cars, going on roadtrips, lego, biking...

I have been building Lego Pneumatic Engines and displaying them nicjasno.com for a long time.. However, over the course of the years, i have received a lot of requests from people to put the engines for sale. Naturally, i declined at first, because the engines were experimental engines, built out of used parts. I also had a limited number of parts and the same parts were used for different versions and variants of the engines.

However, since i was getting an ever increasing number of requests from people to buy engines, i decided to give them (you) what they (you) want.

The engines in this shop have to meet even stricter requirements than the engines we build for ourselves. They have to be very reliable, powerful, fast and small. The engines are designed, so you can use them to power your models, or just use them for demonstrational purposes. We strive to make the engines as good as possible and all engines are built almost completely from brand new parts. That small percentage of used parts are parts in mint condition, by 'mint' we mean practically like new.

LPEpower ships the engines in perfect condition. All engines are checked before shipping. They are lubed and tested for correct operation. The engines are packed in cardboard boxes, to avoid any damage during transport.

LPEpower engines don't come with any kind of warranty. The engines are engineered to run as good as possible. The parts used in the assembly process are brand new, except for a small percentage of used parts (modified switches, cylinders and similar).

If there is any damage to the engines on delivery (broken parts, or similar), contact us immediately and we will resolve the issue on a case to case basis.

If you dissasemble the engine, and cannot put it back together yourself, your only option is to send it back to us. We will reassemble it for you without an extra fee, but you will have to pay for the shipping costs.

LPEpower is a brand owned by: